Get instant property alerts for www.brevardhomesearch.com

Search All Luxury Homes For Sale In Viera FL

Our website features the best Viera FL real estate search for homes, condos, land and foreclosure properties available for sale. It is the only site you will ever need! It is easy-to-use and updated by our Local Brevard County MLS database every 5 minutes.

Once you register on our site and create your personalized home search, you will be updated immediately when a new listings hit the market that meets you home buying criteria.

You can save different searches, and get daily email alerts of new listings, price changes, sold data, and market reports. Our Interactive Map Search allows you to view properties on a map or refine your search by drawing the boundaries around the area you desire.

Curious about what’s happening in your Viera neighborhood? You can create a custom market report to see what’s active, under contract, and sold in your neighborhood!

Considering selling or refinancing your Viera home? Get an INSTANT Property Valuation Now!

Contact us today to find out how we can be of assistance to you!

Viera FL is an affluent, master-planned community located in the central coastal region of Brevard County, Florida. It is part of an unincorporated section adjacent to the Melbourne, Florida area. For census purposes, it is divided between the Census Designated Places of Viera East and Viera West. At the 2018 census, Viera East has an estimated population of 11,796, while Viera West had a population of 11,116.

The land was developed by the Viera Company, a subsidiary of A. Duda and Sons, which owned the property formerly known as Cocoa Ranch. On August 4, 1989, they broke ground in this unincorporated area for the new community of Viera. It is derived from viera meaning "faith" in the Slovak language, in honor of family patriarch Andrew Duda, who immigrated to the United States in 1912 from what became Slovakia. Starting in 1990, the Duda family started developing a new community with a mix of land uses, including a variety of housing types, offices, medical and industrial parks, shopping centers and recreational facilities.  The family has donated a total of 622.7 acres of land to various organizations.

The villages of Viera East include the following communities: those of Bennington, Somerville, and Templeton.

$817,635
4 Beds ⋅ 3.2 Baths ⋅ 951794 MLS ⋅ Sendero Cove & Sierra Cove At Addison Village Phas BLDG.
The Valrico dream home has it all with a spacious kitchen, cafe and study. This inventory home comes with a bonus room, an extended mudroom, an extended lanai and additional kitchen cabinets. The cabinets are white and the countertops are quartz. All living and entertaining spaces on first floor with bedrooms upstairs. Elevation C - exterior color scheme #15.

$778,165
4 Beds ⋅ 3.1 Baths ⋅ 951790 MLS ⋅ Sendero Cove & Sierra Cove At Addison Village Phas BLDG.
The Valrico dream home has it all with a spacious kitchen, cafe and study. This inventory home comes with an extended mudroom, an extended lanai and additional kitchen cabinets. The cabinets are white, the island is colt and the countertops are quartz. All living and entertaining spaces on first floor with bedrooms upstairs. Elevation A - exterior color scheme #12.

$1,100,250
4 Beds ⋅ 3 Baths ⋅ 951762 MLS ⋅ Aripeka At Viera - Phase 1 BLDG.
To Be Built custom 4 bedroom/3bathroom/3 Car garage in Viera's brand new exclusive community with premium lake view. Modern rustic elevation with flat tile roof and hurricane impact windows. ARIPEKA in VIERA, Florida is located within a thriving high-tech region, with A-rated schools, outdoor recreation and nature adventures. Centrally coastal and conveniently master planned, VIERA is ranked as one of the Top 20 Master Planned Communities in the U.S. In. Rich with majestic native oak, palm and pine hammocks, ARIPEKA conveys privacy in an intentionally preserved setting. A neighborhood clubhouse and park exclusive to ARIPEKA provides shared spaces for gatherings and celebrations under the outstretched branches of the live oaks

$950,000
4 Beds ⋅ 4.1 Baths ⋅ 951385 MLS ⋅ Arrivas Village - Phase 2 BLDG.
This incredible, stunning and smart custom Mecina home, in highly sought after Arrivas Village. Your low maintenance oversized private courtyard oasis offers a screened in heated pool with color changing lights, waterfalls , summer kitchen with a GRILL/smoker and a 7person hot tub. You have too many upgrades to list, but here are a few, new Hurricane windows, and California closets throughout. The community offers a bike/walking trails and nature preserve, a dog park, and community pool. The HOA includes exterior painting, lawn/ landscaping maintenance. You will be in walking distance to the Avenues shopping, dining, movies and entertaining. Or go to Duran golfing in your golf cart. Less then 45min to Orlando international airport, Kennedy space center, and Port Canaveral.

$739,900
3 Beds ⋅ 2.1 Baths ⋅ 951273 MLS ⋅ Terramore Subdivision BLDG.
Welcome to the largest lot inside one of the smallest collection of homes in the GATED neighborhoods of north and south Salerno. Fenced corner lot with DIRECT access to basketball, tennis, playgrounds, walking trail and community pool. Enjoy the vibrant energy of this family friendly environment from the privacy of your screened in pool patio complete with summer kitchen with quartz countertops inside and out. Basic appliances included in open concept kitchen with abundance of natural light. High impact windows in all 3 bedrooms, 2 1/2 baths and flex room! A/C 2022, hot water heater 2019, pool pump 2022. SALT WATER heated pool! Double sliders access from dining and master bedroom for a truly vacation feel. Easy access to hwy 95, shopping + dining. 5-min walk to brand new church.

$1,050,000
5 Beds ⋅ 4 Baths ⋅ 950822 MLS ⋅ Kerrington At Addison Village Phase 2 BLDG.
NEW PRICE. Uncompromising quality is what you will find in this 2019 Montgomery II home located in sought after Kerrington, offering 5 beds/4 baths on almost a 1/3-acre lot. Floorplan expands over 3500 sq ft. great for entertaining & private space for overnight guests. Custom designed (by owner) salt water heated/chilled pool & spa featuring an infinity edge on the spa into the pool Spa fits 10 adults comfortably. All functions controlled by ''Alexa''. Huge, screened paver patio allows for multiple areas for guests & family or relax enjoying the beautiful sunrises & sunsets over the Lake. (Pool/Spa specs in the document tab). Upstairs Bonus Room is your Home Theater with all the bells & whistles with plenty of room for guests & your 5th bedroom with full bath. SEE DOC TAB- FEATURE SHEET

$700,000
3 Beds ⋅ 2 Baths ⋅ 949923 MLS ⋅ Sonoma At Viera Phase 6 Viera Central P.U.D. A Por BLDG.
ECO FRIENDLY*GREEN*SOLAR POWERED* WATERFRONT*POOL HOME offering 3 bedrooms+office and a 3 car garage. Wait till you see the spectacular sunsets overlooking your pool included with your purchase! Adding to your ECO-FRIENDLY living is the HYBRID water heater and variable speed pool pump affording the new owners ultra-low to ZERO monthly power bills. Located within the gated community of Sonoma in West Viera, this home is situated among wide and winding, palm tree lined streets. Buyers are sure to appreciate all sleek updates and finishes. What's more? This home has been maintained exceptionally well. There is a BONUS room located off the master separated by pocket doors that is simply perfect for your nursery, work out room, craft room or office. Savvy buyers will appreciate***CONTINUED

$849,000
4 Beds ⋅ 3.1 Baths ⋅ 949733 MLS ⋅ Kerrington At Addison Village - Phase 1 BLDG.
You will fall in love with this home, the Siena model, which is the largest single story home in the sought-after gated community of Kerrington. Barely lived in, this 3,149 sf home shows like a model! Featuring 4 bedrooms, 3 full baths + unique powder room, this tri-split home has an oversized 2 car garage with plenty of room for a golf cart. You will love the HUGE family room, gourmet kitchen, spacious bedrooms & walk-in closets. Access to Addison Village Club, which is just a short walk away. Addison Village Club features an 11,000 sf Clubhouse & Veranda, with a Gymnasium for Basketball, Pickleball, Badminton & Volley Ball, Family Pool & a Lap Pool, 6 Tennis Courts & more. Perfect throughout. If that was not enough, this home is located in an all ''A'' school district.

$719,900
4 Beds ⋅ 3 Baths ⋅ 949706 MLS ⋅ Strom Park - Phase 1 BLDG.
Great family home. Room for everyone including your guests that can have their own private space upstairs with a bedroom, bath and huge Bonus Room. Lots of options. First floor Owner's suite plus 2 additional guest bedrooms with a full bath. Entertain in the private screened salt water, solar heated pool surrounded by Tropical vegetation. This beautiful home offers an open floor plan with an eat-in kitchen and breakfast bar. Did I mention the 3-car garage? Nicely fenced landscaped yard. FEATURE SHEET IN DOC TAB. Home is located in sought after Strom Park, convenient to shopping, medical, I95, schools and about a 15-20-minute drive to the Beach.

$1,850,000
5 Beds ⋅ 5 Baths ⋅ 949082 MLS ⋅ Wyndham At Duran BLDG.
From the moment you enter this beautiful estate home in Wyndham at Duran you experience the luxury all around you. From the Newly installed Abby Iron front doors, to the stunning updated white kitchen and first floor updated master suite.This estate home offers 5 bedrooms, 5 bathrooms, a first floor office, a beautiful upstairs bonus room with screened in balcony that over looks the golf course.

$945,000
4 Beds ⋅ 3.1 Baths ⋅ 948747 MLS ⋅ Stonecrest At Addison Village Phase 1 BLDG.
Exquisite Sienna model home with tons of upgrades for sale. Luxury all on one level featuring a Great Room, Dining Room, Cafe, Gourmet Kitchen and spacious bedrooms and closets. The 2 car garage features a large storage space that enters into a HMC. In addition to your new home, you will enjoy access to Addison Village amenity center which includes a clubhouse, resort and lap style pools, tennis courts, etc. Close to shopping, restaurants, and entertainment.

$2,175,000
5 Beds ⋅ 4.1 Baths ⋅ 948298 MLS ⋅ Adelaide Phase 1 BLDG.
Paradise awaits in the prestigious gated community of Adelaide! Custom Luxury Built home in a stunning cul-de-sac with mesmerizing views of the lake and preserve beyond it. Situated on .67 acres this beautiful home features a Brand New upgrade to landscaping, and a Brand New fence surrounding the backyard. As you walk up to the home you are met with Grand Front Door sure to make you feel like royalty as you come home to your abode. Hardwood floors throughout the home envelope the home in a warm cozy atmosphere. Impact Windows and doors, a Brand New security system, and a whole house Smart Home System by Control4 are just a few features this Luxury Masterpiece has to offer. Centrally located in Brevard, Less than 3 minutes to I95, minutes to the beaches, minutes to shopping and Restaurants 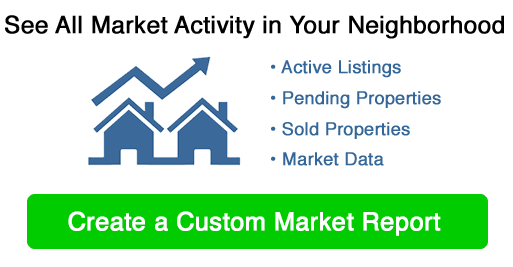